As a backend engineer for ShareTheMeal you are responsible for the technical development of our node.js-based API as well as for our AWS-based server and network infrastructure. You integrate our backend with various third party services and extend it with new functionality in close cooperation with our mobile app developers. You will be iterating and a/b testing new features and helping us personalize the user experience. You will be responsible for a backend infrastructure that serves thousands of concurrently active users.

ShareTheMeal is a non-profit fundraising initiative of the United Nations World Food Programme (WFP). We raise funds for WFP to deliver food to children in areas of greatest need. As of today, approximately 100 million children are severely underweight. It costs USD 0.50 to feed one child for a day. We seek to increase funds available in the fight against hunger by introducing innovation through a smartphone app for micro-donations.

This smartphone app is supposed to constitute a significant component of WFP’s future fundraising efforts, amplifying existing marketing and fundraising activities, as well as corporate partnerships on a global level. We soft-launched in June 2015 and rolled out globally in November 2015. The app currently has ~330,000 active users who have shared ~3.3 million meals. Google, Apple and Amazon app stores featured the app; the media coverage was very positive. More information can be found on our website: https://sharethemeal.org/

Our backend is written in node.js and runs on AWS (EC2, S3, Opswork, Cloudwatch, SNS, CloudFront, Route53, Amazon RDS, etc.) with Continuous Integration and Test Automation. We are developing native on iOS with Swift and for Android in Java. Other tools include Contentful and Loco.

Sebastian Stricker – Founder and passionate about social innovation and development, entrepreneurship, and traveling. Sebastian holds a PhD in politics and an MBA from the University of Vienna.

On the product development side, we currently have four people in our awesome team doing Product & Technology, Backend Development (node.js), iOS Development (Swift) and Android Development (Java). We are looking forward to grow the team by three or four more members within the next half year.

(f/m) stands for (either female or male) and is a necessary attribute within job descriptions in various countries. 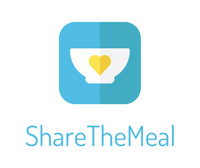